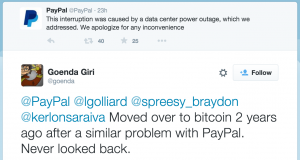 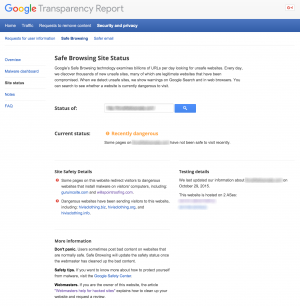 Recently, a client had contacted me to say that Google was reporting their site as being malicious, and was redirecting search results to a Google Transparency Report page.